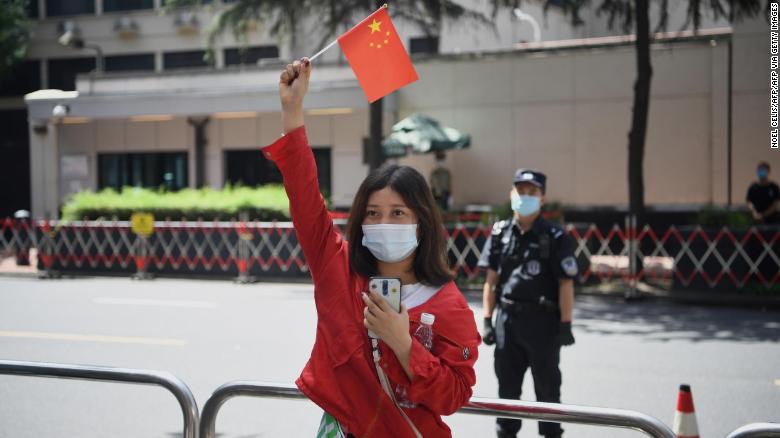 27 July 2020 / News Politics
Chengdu, China (CNN) – The United States consulate in the Chinese city of Chengdu officially closed Monday morning, amid worsening relations between Beijing and Washington. The American flag over the … 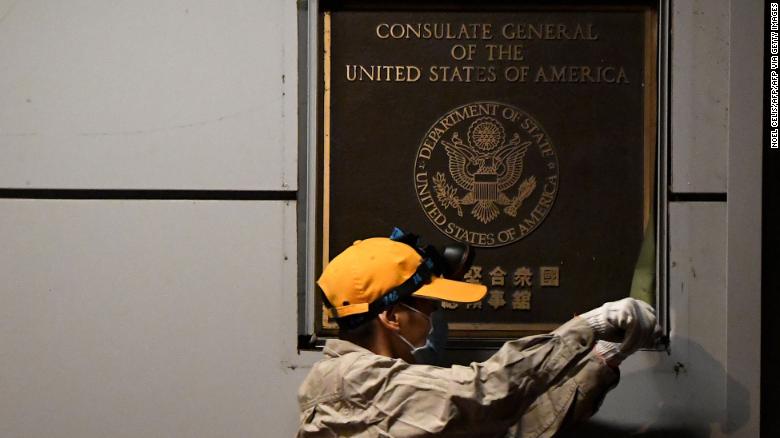 Last Tuesday, Washington told China to “cease all operations and events” at its Houston consulate, claiming that the mission had been coordinating espionage at a Texas research institution.
US officials told reporters Friday that staff at the Chinese consulate “were directly involved in communications with researchers and guided them on what information to collect.”
According to a senior State Department official, the idea to close the Houston consulate emerged this spring after China interfered when US officials returned to the consulate in Wuhan to retrieve diplomatic materials.
The Chinese Foreign Ministry called the closure of the Houston consulate an “unprecedented escalation” of ongoing tensions between the two countries. 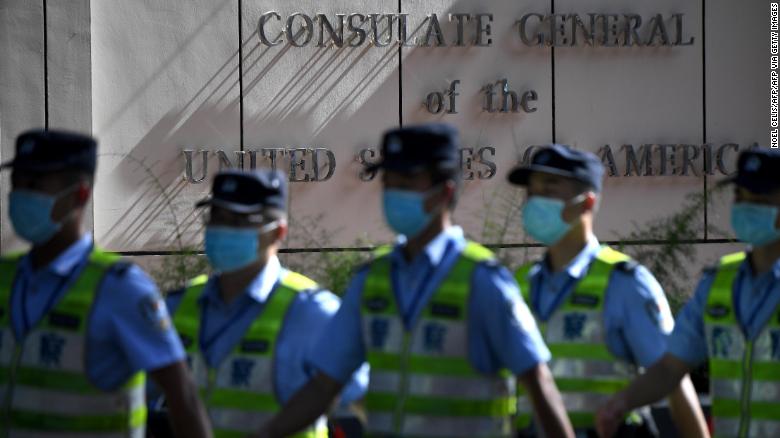 “The current situation between China and the United States is something China does not want to see, and the responsibility rests entirely with the United States,” the Chinese foreign ministry said in the statement.
As the deadline to close the Chinese diplomatic mission expired on Friday, US federal agents entered the compound of the Houston consulate in black SUVs and white vans.

Tensions between the US and China have been strained by the ongoing trade war, allegations over the coronavirus pandemic and US criticism of human rights abuses in both Hong Kong and Xinjiang, which Beijing denies.
But in the past two weeks, relations have deteriorated even further, amid the reciprocal consulate closures and the guilty plea of a Singaporean national who admitted to spying for Beijing in the US.
Experts have warned that the downsizing of diplomatic avenues available for engagement leaves both countries vulnerable to misunderstandings and a further escalation of tensions.
Speaking at the Nixon Library in California on Thursday, US Secretary of State Mike Pompeo blasted what he said were decades of failed policy toward China.
Policemen march in front of the US consulate in Chengdu, southwestern China&#39;s Sichuan province, on July 26.
Policemen march in front of the US consulate in Chengdu, southwestern China’s Sichuan province, on July 26.
“As President Trump has made very clear, we need a strategy that protects the American economy and indeed our way of life. The free world must triumph over this new tyranny,” Pompeo said.
“The truth is that our policies — and those of other free nations — resurrected China’s failing economy, only to see Beijing bite the international hands that were feeding it. We opened our arms to Chinese citizens, only to see the Chinese Communist Party exploit our free and open society.”
Source – CNN’s  James Griffiths contributed to this write.

Use the contact form to send us the message online, we respond to all your questions and queries within 24 hours
SEND